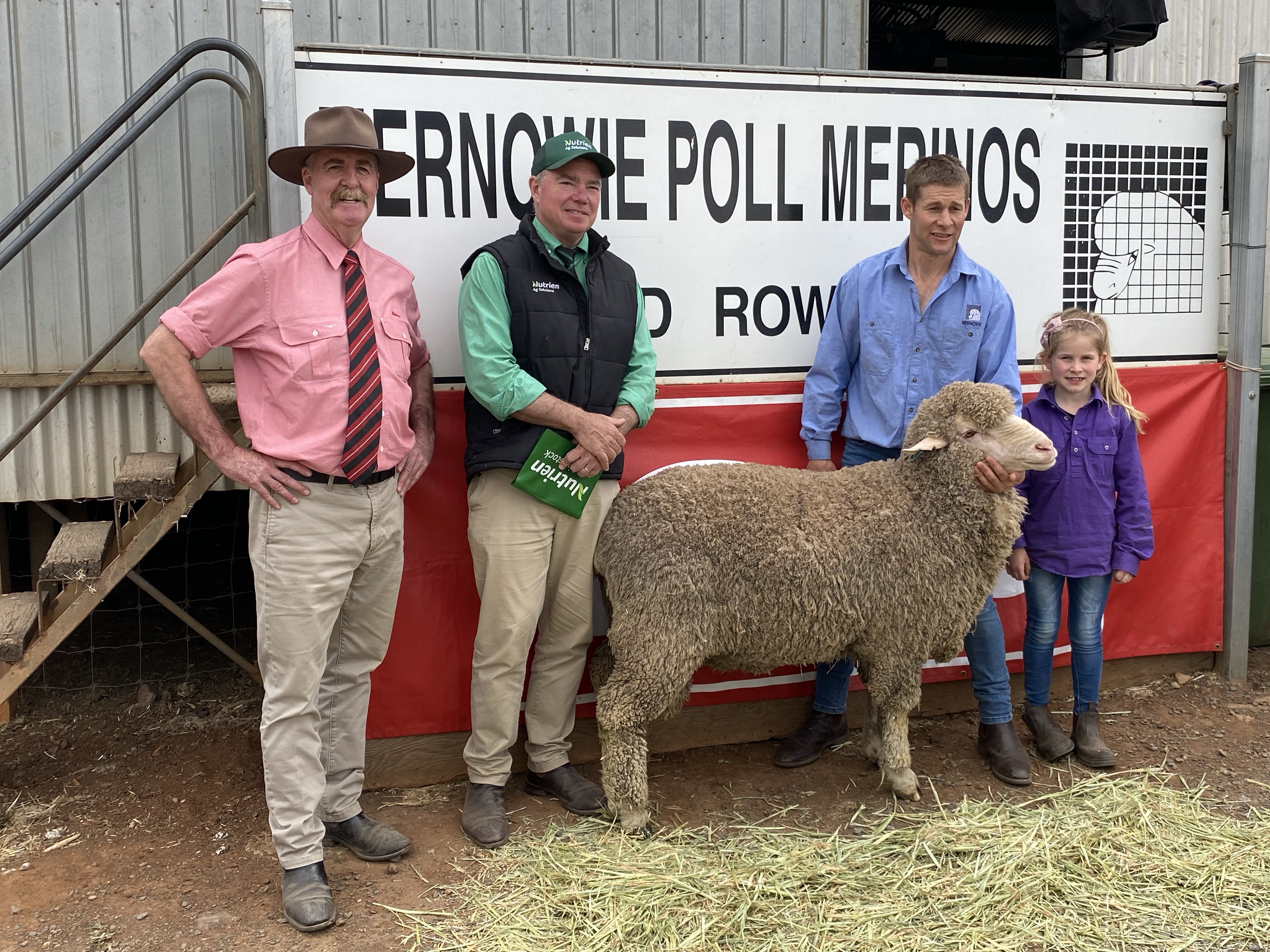 THE depth of quality right throughout the Mernowie catalogue was respected by the large gallery of buyers in attendance at the stud’s record-breaking 33rd annual sale at Marrabel on Friday.

Mr Baillie said the ram had a “lustruous, long stapled wool on a very correct body with a very breedy outlook”.

“It also carried the double poll gene with excellent ASBVs,” he said.

The Andriskes were active on other top rams, including lot 1 at $6800 and lot 9 for the sale’s equal second-highest price of $7000. They secured four rams averaging $5200.

“We are trying to put a bit more wool on our sheep and get early fast growth,” Ray Andriske said.

“We use ASBVs and select for wool type and body type.

“We target the Lameroo off-shears sale with our surplus hoggets and were awarded the blue ribbon best presented pen in 2019.”

Repeat buyers Wayne and Brendan Groves, Booleroo Centre, who have been buying Mernowie rams for over 15 years, secured five rams to $6800, averaging $5080.

Wayne Groves said he selected on “visual first for white wool that was 19-20M on a big plain frame with early growth and easy care”.

“Mernowie sheep grow out well and we have no problem selling wether lambs over-the-hooks,” he said.

Mr Penna said “it was a brilliant sale with more depth throughout the catalogue”.

“The top end was outstanding and the rams carry some of the whitest wools i have seen this year,” he said.

“It was very strong right throughout and the top end was exceptional,” he said.

“It was very pleasing to have 35 registered buyers – 10 more than last year – with five new clients on the day.”

The sale was conducted by Elders and Nutrien, with Elders Roseworthy the duty agent.