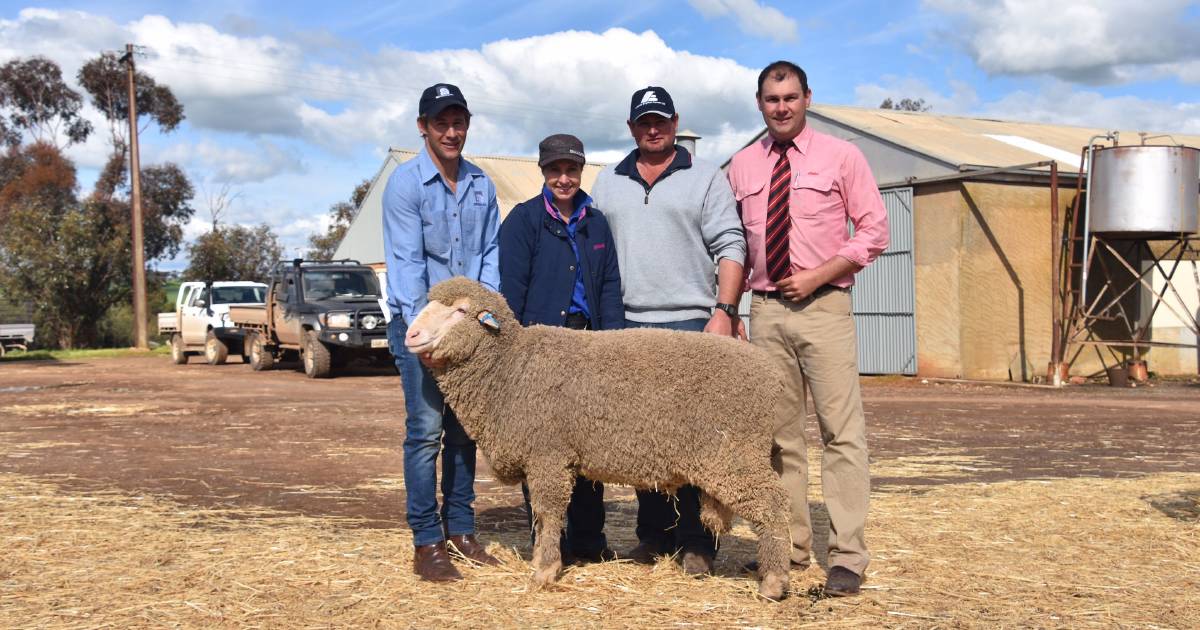 Heavy rainfall earlier in the week saw the road into the property only re-opened on the eve of the sale, but despite the considerable rainfall in the past few months, the rams’ wool had held up well.

The $5000 top price ram sold to loyal clients, the Groves family, Karawa, Booleroo Centre, who also bought the top price ram at the past two sales.

Brendan and Meridee Groves said they had been buying exclusively from Mernowie for 15 years and were impressed with the sale topper – “a big uncomplicated sheep that stands well with very good wool covering and quality”.

Volume buyers that operated strongly throughout the catalogue included Burge Estates, Tanunda, with 16 rams to $3600, averaging $1925.

Mr Burge, who has been buying at Mernowie for at least a decade, said the stud had “big, plain-bodied sheep with the right wool type for their 600 millimetres to 875mm rainfall wet country”.

He has been using Mernowie bloodlines for 15 years, impressed with their easy-care attributes.

He says their shearers like their plain bodies and good combing wools.

“The wether lambs are easy to sell direct to meatworks and they do not have dag problems like some others in the area,” Kerry said.

Ian Rowett was very pleased with the total clearance, with six new clients and strong support from repeat clients. Other highlights included stud sales to Craiglee at Manoora and Narcoota at Eudunda.

Elders and Landmark conducted the sale, with Elders’ Paul Kilby the auctioneer.