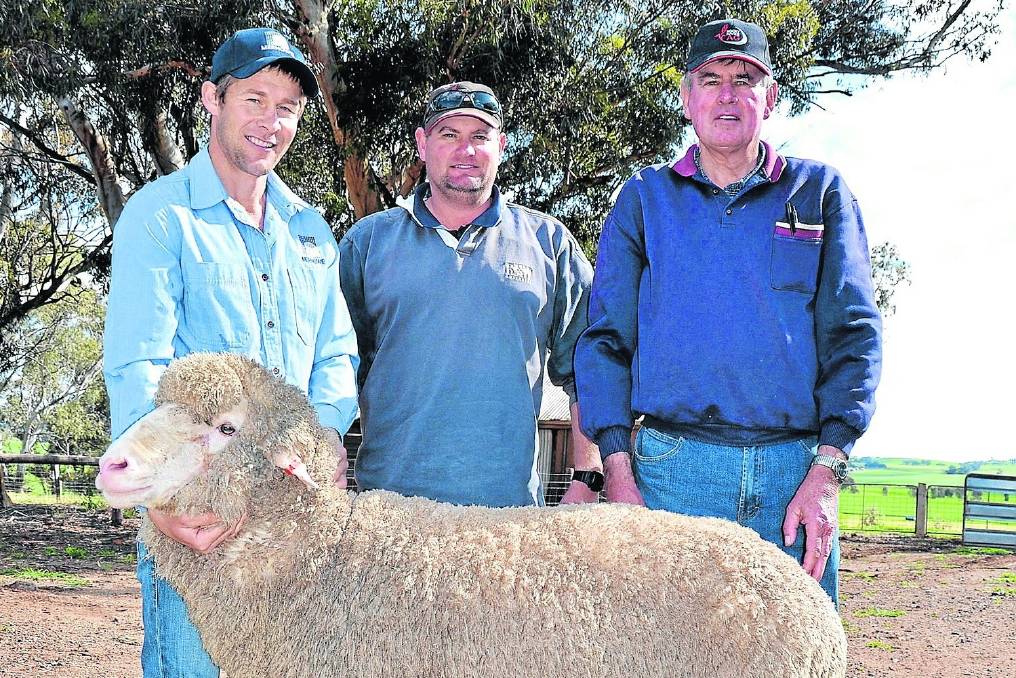 MERNOWIE stud celebrated 40 years of breeding Poll Merinos in style, by recording a total clearance and increased average at its 28th annual ram sale at Marrabel on Friday last week.

The 101-kilogram April/May-drop had a greasy fleece weight rating of 130 per cent measuring 20.3 micron, 3.3 standard deviation, 16.1 coefficient of variation and 99.1 per cent comfort factor.

The Groves’ bought three rams, including the second highest-price ram at $4800, averaging $4800.

“We are having a really good season at Booleroo Centre, receiving 20 millimetres for the month of September,” he said.