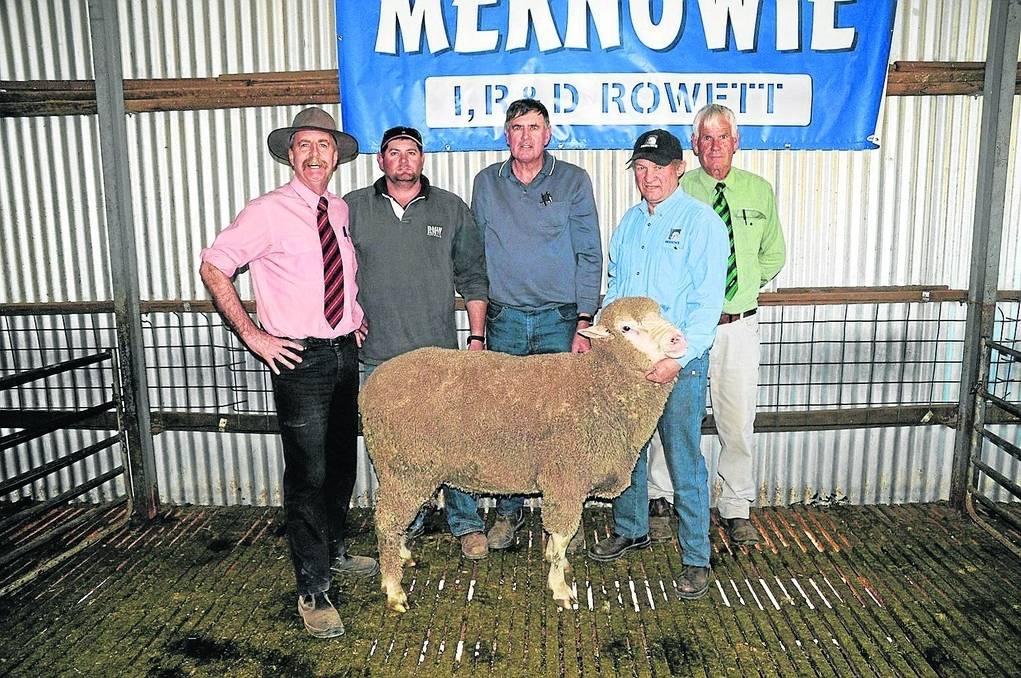 He was from the September/October 2012-drop and had a greasy fleece weight rating of 118 per cent measuring 21.3 microns, 3.2 standard deviation, 14.8 per cent coefficient of variation, and 99pc comfort factor.

Buyers Brendon and Wayne Groves, Karawa, Booleroo Centre, said it was the blend of body and fleece that enticed them to bid. They had been buying rams from Mernowie for about 14 years.

Mr Penna said bidding was “electric” at the top end, settling to allow some value-buying for stations.

The catalogue was a mix of September/October 2012-drop rams and April/May 2013-drop.

Mernowie principal Ian Rowett said that was not something they did every year, but this year they had held some back and put them to work on the farm before the sale.

The stud had been focusing on breeding dual-purpose Poll Merinos.

“Our main focus is trying to increase growth and meat traits and we want to have a quality fleece for a 12-month shearing,” he said.

It had been a very wet season with 17 consecutive weeks of rain.

“The wool has stood up to the weather excellently,” he said.

Also focusing on meat, Mr Rowett said the stud had been selecting sires based on ASBVs, looking at meat traits, particularly post-weaning weights.