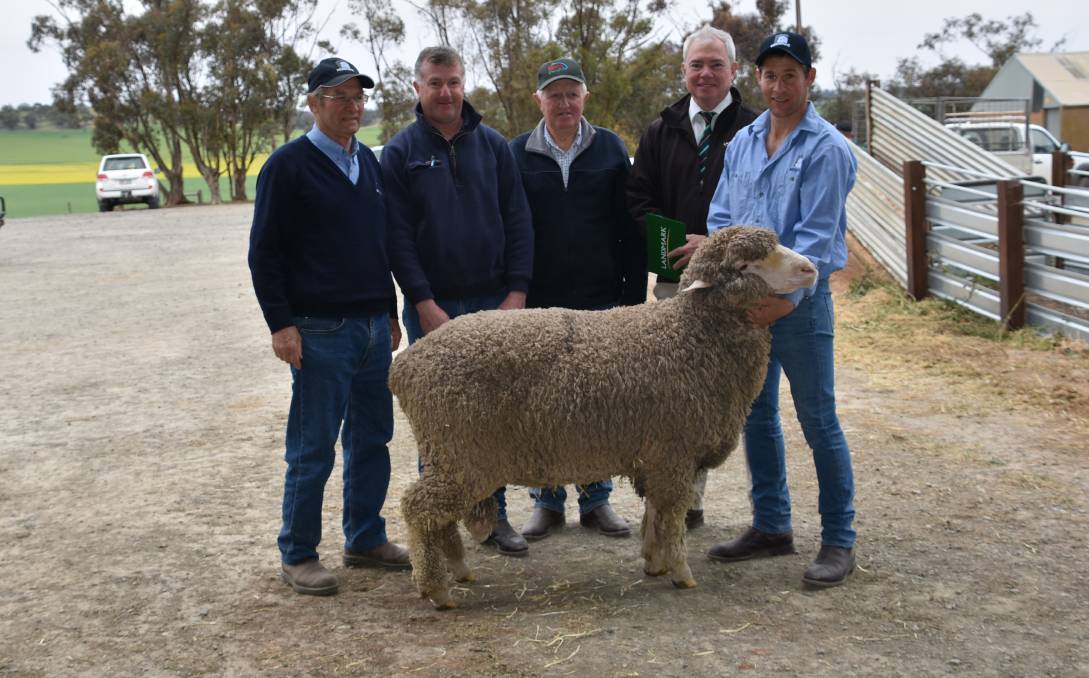 In addition to setting a stud on-property auction record of $7800, Mernowie also improved its clearance rate, with 97 of 100 rams sold at an average of $1831.

The $7800 sale-topper was lot 1, weighing 107 kilograms with wool measurements of 19.1 micron, 3.4 standard deviation, 18 coefficient of variation and 99.8 per cent comfort factor.

Buyer Kerry Rowett was not going to miss out on this top sire after operating strongly on the top lots at many previous sales.

“The ram appealed for its width, depth and overall length of body,” Kerry said. “(It’s) a real multi-purpose sheep with a big barrel, big carcase and good wool.”

Sam Przibilla, Riverton – who bought the 2018 sale-topper – was after a few more rams this year and selected strongly throughout the catalogue to secure five rams to $3000, averaging $2140.

Mr Przibilla appreciates the direction Mernowie is heading with its breeding program. They select for free-growing white wools and the use of ASBV’s gives them confidence in the rams they are buying.

Mernowie principal David Rowett was pleased with the result, considering some clients were unable to operate due to seasonal conditions.

“There was good value right through the sale and clients are using ASBVs to help select for early growth, positive meat traits and clean fleece weights,” David said.

The sale was conducted by Landmark Beaton at Kapunda, with Leo Redden taking bids.

“The heavy selection on visual traits backed by ASBVs gives a lot of confidence to the buyers,” Mr Redden said. “It was a very solid sale with rams selling to many areas throughout the state.”